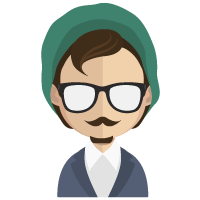 When I was a kid, my parents didn’t have a lot of money. I often became jealous when my friends received new toys my parents couldn’t afford to buy me. Thankfully, I landed an amazing job immediately after graduating from college. I was extremely excited about my financial future. I wanted to buy things for my kids I didn’t have when I was a child. To plan for the future, I started a retirement account. I also began contributing money to a savings account each month. I secured a life insurance policy at this time too. Are you a young adult who wants to be financially comfortable? Consider scheduling a consultation with a financial adviser. On this blog, I hope you will learn the valuable ways a financial adviser can help you achieve financial success.

Missing A Court Date: What Happens If The Person You Bonded Skips Bail?

When you guarantee a bail bond, you're personally guaranteeing that the individual in question is going to adhere to that bond and show up for their court date. If they don't show up for their court date, both you and they become responsible for the entirety of the bail amount. If you have put up collateral, that collateral will be held until the bail can be paid. If you haven't, debt collection proceedings may begin.

First things first: it's usually better to avoid this situation entirely. The court is usually more than willing to reschedule a court date if there are reasonable accommodations that need to be made. Many individuals miss their court date because they simply haven't notified the court that they can't make it -- this is usually the case if there's a medical emergency or the individual is being held in custody somewhere else. Communicating with the court will forego these problems altogether.

Convince the Individual to Surrender

In most jurisdictions, it is possible for the person who has skipped bail to surrender within 30 days. This does not prevent the person from being charged with crimes -- the person will usually need to be held in jail and they will usually be charged with failing to appear. However, it may ensure that the bail bond will be returned to the bondsman and that you and the individual in question will not need to pay the full amount of bail.

There are some situations that are truly out of an individual's control. For instance, the individual may have been unconscious in the hospital and was thus unable to let anyone know they could not go to court. If the lawyer can prove that the individual did not intend to skip bail, they may be able to get the additional charges and the full bail amount waived.

Unfortunately, if the individual had intentionally skipped their court date -- or they simply cannot be found -- it will become your responsibility to pay off the full amount of the bail bond. You will need to talk to the bondsman directly -- they may be able to give you a payment plan, but they are also likely to pursue the individual that you bailed out.

Communicating with a bail bondsman is incredibly important throughout the process. If you even suspect that an individual may not make it to their court date, you should communicate with the bondsman to determine a satisfactory solution.